The Evolution of Concrete Block

The Benefits of Masonry

Durability is just one of the many benefits of building with concrete masonry. It is economical and reliable. It endures hazardous conditions such as fire, severe weather events and provides excellent insulation against sound and temperature changes. It comes in a variety of sizes, shapes, textures and colours, making it a popular and aesthetically pleasing building material.

While you may have never thought about the history of concrete blocks, it has an expansive past.

While concrete blocks were not officially patented until the early 1900s, the idea of concrete block construction began thousands of years before.

Prehistoric man could be considered the first mason for stacking rocks in front of his home to ward off animals, rain, wind, and snow. These rocks were the precursor to modern concrete block.

Perhaps the best early examples of the durability of masonry are Egyptian pyramids built more than 4000 years ago. The Egyptians were the first to advance the evolution of modern masonry by developing a standard size stone block. A great testimony to the durability of block, the pyramids are still standing firm many centuries later.

After the construction of the pyramids, there were numerous attempts at making concrete forms. However, the first successful formed concrete block did not occur until the late 1700s. This block was made by mixing powdered quicklime and moist sand together and moulding it into a useable building block. These concrete blocks were solid and made entirely by hand in awkward wooden moulds. Because the moulds were oversized, heavy and hard to handle, this method of producing concrete block did not gain widespread acceptance.

In 1832, an English builder named Ranger made a solid concrete block by mixing sea gravel, broken flints, stone chippings and similar materials with powdered lime and boiled water. Mixing enough to fill a single mould, Ranger would ram the material into the mould, driving out the air.

A major advance in concrete masonry occurred in 1850 when Joseph Gibbs patented a hollow-cast block. This hollow block was filled with concrete after a wall was built.

Learning that hollow block could be produced with satisfactory strength and durability as well as being easier to make and transport to sites, industry entrepreneurs began focusing on producing large quantities of block more efficiently.

In the US in 1900, Harmon S. Palmer patented the basic hollow concrete building block machine. It had removeable cores and adjustable sides to allow for a variety of block sizes. Palmer’s block was produced from cement and sand on the job, which avoided the transportation costs and eliminated breakage during loading and unloading.

After the industry established the basic materials and shape of concrete block, the industry’s focus shifted to machines that would produce a quality product.

In the early 1900s a hand machine could produce 200 blocks in a 10-hour day. At this time, new homes were in great demand and building materials such as timber and brick were expensive. As builders were forced to look for alternative building materials, the concrete block industry was on the verge of booming.

In 1905, the United States government adopted the use of concrete block for hospitals, warehouses, and barracks in the Panama Canal Zone and the Philippine Islands.

Before the government accepted concrete block, however, they subjected it to thorough and rigid tests. Ultimately, the U.S. governments use of concrete block gave credibility to the industry and led the way for the block to be accepted by builders around America.

Today, through automated machinery, an average-size block plant can produce 40,000 to 50,000 blocks a day, and larger plants are commonly producing even higher quantities.

Block manufacturers today offer a variety of textures and colours of concrete block to give architects and builders more design flexibility than ever before.

Concrete block plays an important role in our lives because of its strength, soundproof, fireproof, and thermal warming qualities. Just as early man used rocks and masonry to protect his home, modern man uses concrete block to provide security, warmth, and reliability in his buildings.

Besides its strength, concrete block also offers a natural thermal mass of the walls. Block walls have the ability to store and gradually release thermal energy which evens out temperature fluctuations. The consumer saves on heating costs because the block allows a gradual change in temperature. By conserving energy, concrete block also helps protect the environment.

Another environmental advantage of concrete block is that the block allows for the use of reduced amounts of wood in homes and buildings. Because less wood is used in these buildings and because concrete block does not burn, concrete block buildings are more fire safe than timber frame houses. Concrete block’s fire-safe quality often makes it the product of choice for the construction of schools, hospitals, and apartment buildings.

A look to the Future

With new construction contracts continuing to grow, the concrete block industry is expecting business to be strong.

School overcrowding is resulting in new school construction which is good news for the concrete products industry. As the block industry expands and becomes more sophisticated, block plants are being forced to change to keep up. The small family-owned operations that once dominated the industry are merging into larger corporate-owned super plants, reducing the total number of producers worldwide.

Equipment manufacturers are also changing to meet the needs of the industry.

As it has for the past thousands of years, the block industry will continue to grow and change. It evolved out of necessity for protecting human life. Today, many centuries later, concrete block is still protecting peoples lives by providing safety, comfort and shelter. 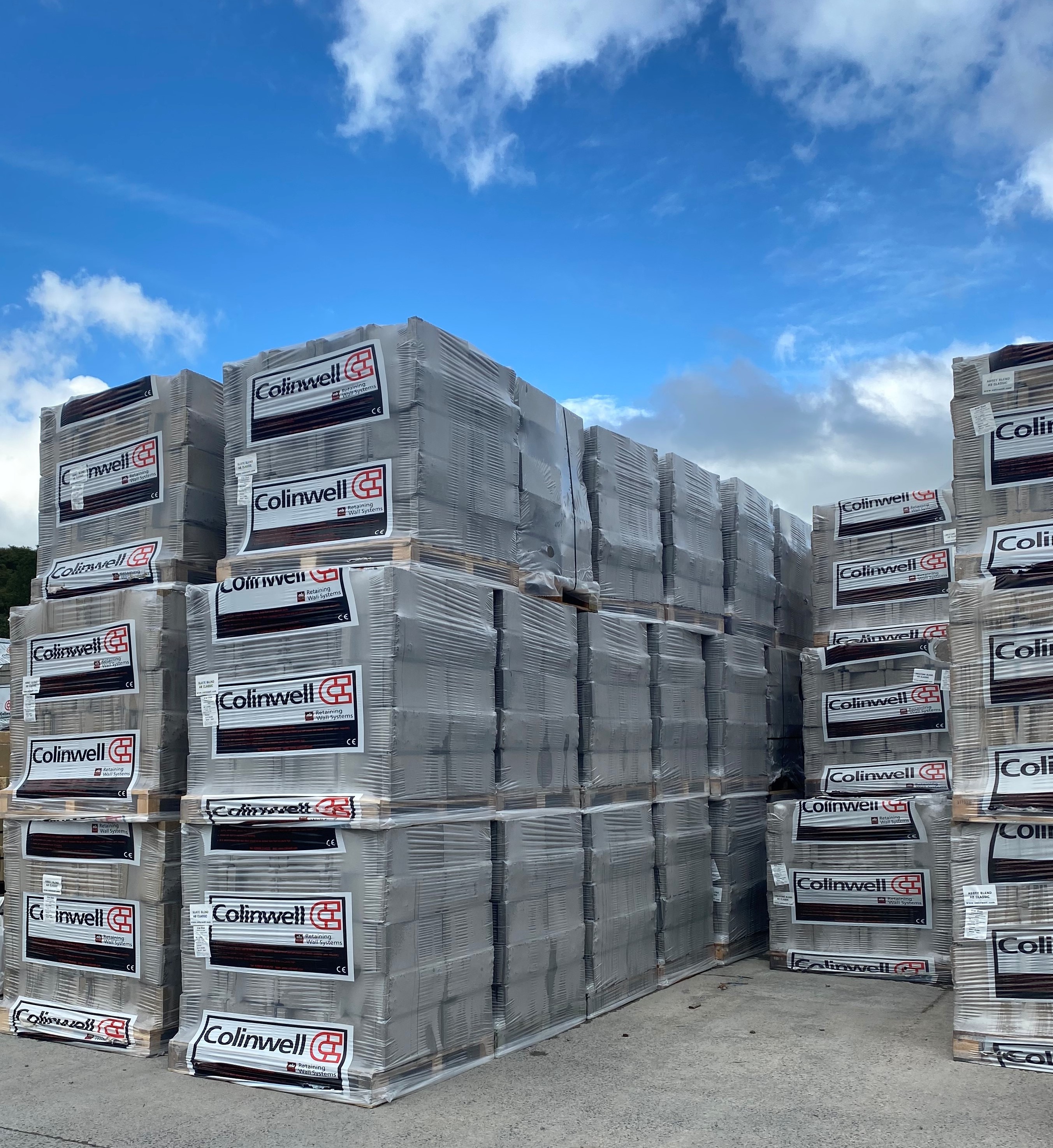